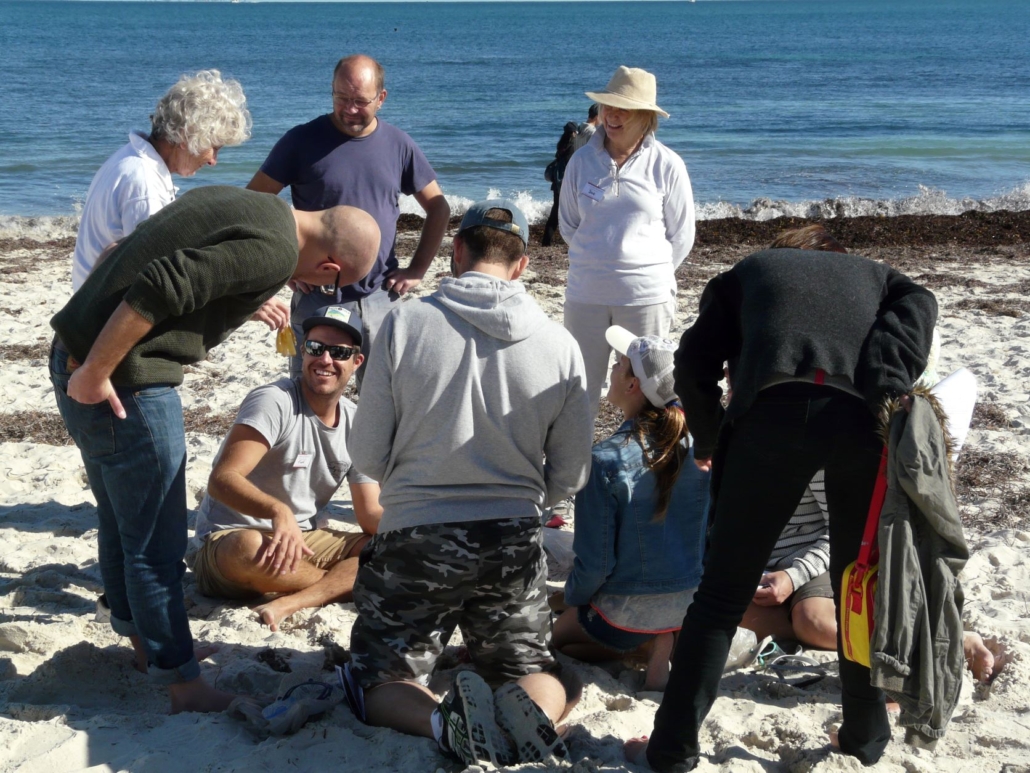 Anne doing what she loved best – sharing and learning. Anne is top left.

Dr Anne Brearley, a well loved and well respected marine scientist, died in Albany in 12 February 2022. She was 72.

Anne was a supporter of Cottesloe Coastcare and one of the main movers in the Cottesloe Marine Protection Group, the group that worked so hard to have the Fish Habitat Protection Area proclaimed over the Cottesloe Reef in 2001.

We loved having Anne work with us at Coastcare events, particularly with school students when we collected rubbish on the beach. At the same time we collected flotsam of all shapes and sizes – sponges and shells, shark eggs, various skeletons – to learn about them then to return to the beach. Anne loved to teach and share her great knowledge and passion for the plants and animals of the ocean. We miss her.

Dr Anne Brearley was a student, research fellow and associate of the schools of plant biology and biological sciences at The University of Western Australia, as well as a founding member of the UWA Oceans Institute.
After completing Year 12 in 1966, Anne obtained a position as a technical officer in the mollusc department with Barry Wilson at the WA Museum. She went on many field trips along the WA coast from Ningaloo to Albany and to Christmas Island.
Anne and her husband Reg Brearley spent a year in the UK on a working holiday where Anne worked for a time at the British Museum of Natural History in London and the Far Eastern section of the Victoria and Albert Museum.
Anne always regretted not going to university and became a mature-age student at UWA after having 2 sons. She completed a bachelor of science in 1990, a bachelor of science first class honours in botany in 1992, and a PhD in 1997.

An expert in molluscs and other invertebrates, Dr Brearley did her undergraduate and PhD in the Department of Botany at UWA under the supervision of Professor Diana Walker.
She became a well-respected expert on natural systems, particularly estuaries, and authored a major book that celebrated the life of Ernest Hodgkin, titled Swanland: Estuaries and Coastal Lagoons of South-western Australia (2005).
In 2013 she was awarded the UWA Chancellor’s Medal for services to the university.
Anne and Reg were living in Albany where Anne died after a long struggle with dementia.

Robyn Benken
Thanks to Anne’s Brearley Family obituary for many of these notes.