On May 11th 2016 Town of Cottesloe held the annual ‘Volunteers Sundowner’at the War Memorial Hall. The event was scheduled during National Volunteer Week. The Town of Cottesloe Mayor, Jo Dawkins, said the Sundowner is a thank you to community volunteers. She mentioned that there are more than 6 million Australians who volunteer!

Jo presented awards to two volunteers for their outstanding contributions. Those two people are Pat Elder (for her volunteering work at the Grove library, at the Zoo and at Kings Park) and Laurel Bant for her 20 years of volunteering with Cottesloe Coastcare. 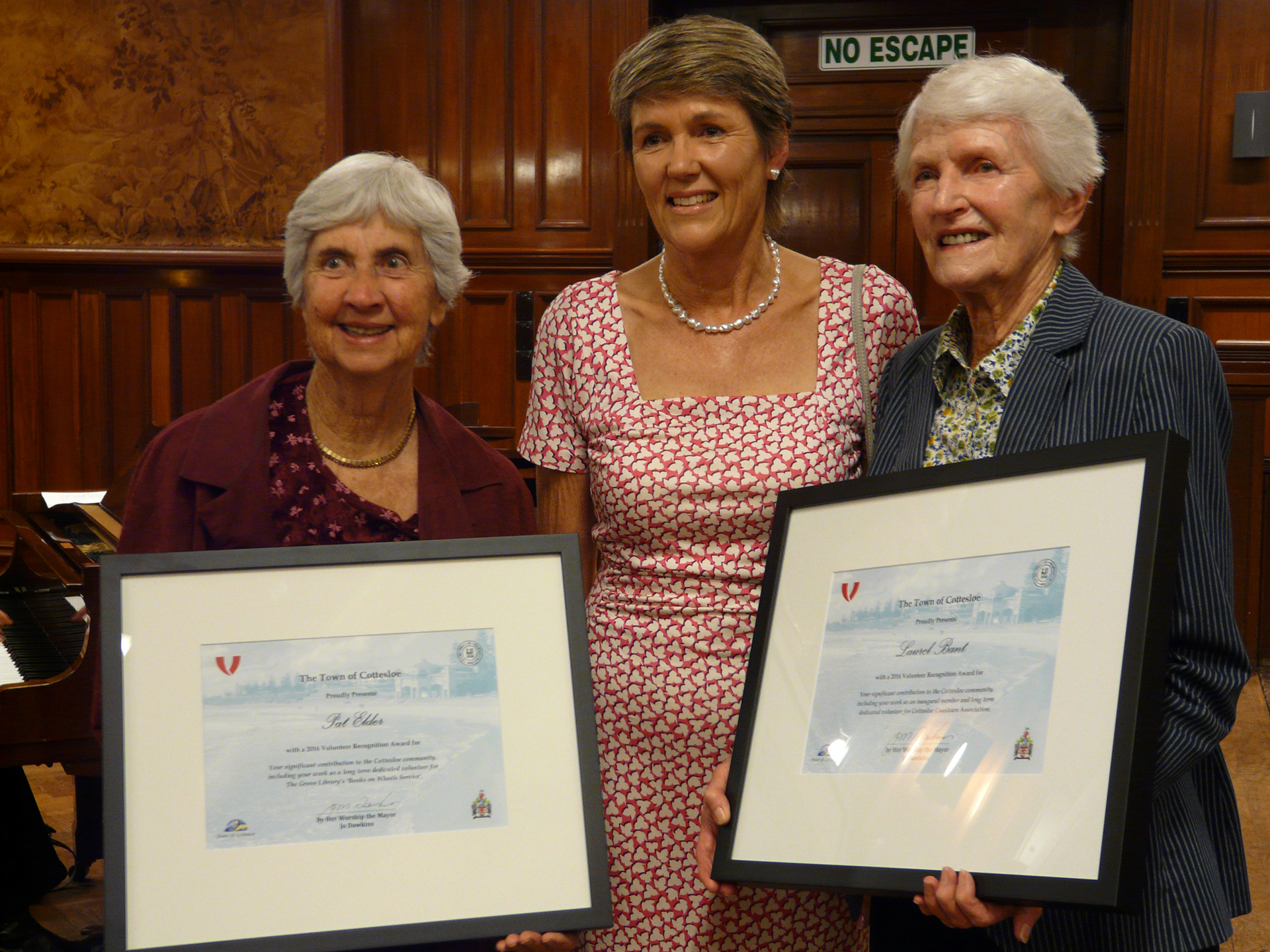 This is the Mayor’s speech about Laurel:

Laurel is recognised for her contribution as a dedicated and active volunteer for Cottesloe Coastcare Association for the past 20 years!

Cottesloe Coastcare Association is a group of volunteers who work together to achieve a more robust and diverse ecosystem for the Cottesloe foreshore, so that local residents and visitors to Cottesloe can experience and appreciate our local species of birds, animals and plants, now and in the future. The group’s activities involve, but are not limited to, collecting and propagating of local seeds, planting local species, removing invasive weeds, and providing walkways through fragile areas.

Laurel was an inaugural member of the original ‘South Cottesloe Coastcare Association’ which formed in 1995 and in 2001 became the ‘Cottesloe Coastcare Association’. Over that time, Laurel has been a consistent supporter and hands-on worker for the group. In the early years of the Association, Laurel actively maintained the photographic records of the group’s activities as well as taking part in the weeding and planting. She also served on their Committee for 8 years.

Taking advantage of her skills as a school teacher, Laurel was also involved in developing educational activities to assist local school groups working with Cottesloe Coastcare, with an aim for students to appreciate the importance of our local coastal ecosystem and involve them in practical tasks to ensure its protection for future generations.

So, in sincere appreciation of the valuable contribution she has made to the Cottesloe community I am pleased to present this award to Laurel Bant, as a token of Council’s appreciation. 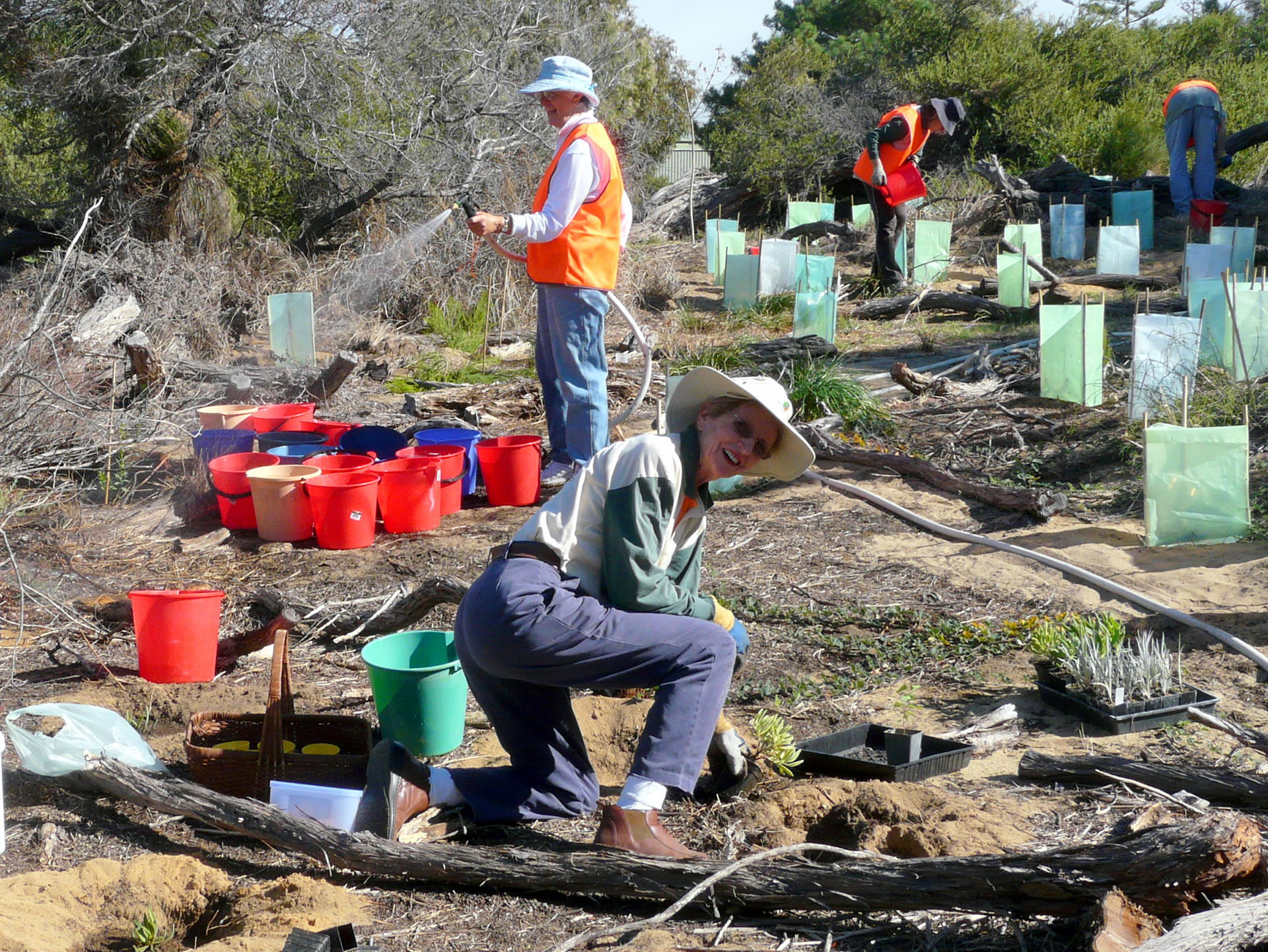 Our planting efforts have started brilliantly!

The last plant…. and lamingtons!
Scroll to top