Frauke and her friends sent this post for our blog:

Malte and Leander from a rural area in Northern Germany concentrated on spotting and removing some very invasive Euphorbia species from our Dutch Inn site. They filled two large bags with that toxic weed and felt good about “protecting the local plants” and doing something different from “the usual stuff at the beaches – sunbathing, swimming and just relaxing.” They believe “that everybody should care about the environment.” And while weeding, they felt they were “doing something important, not only for the marine environment, but also for the planet”. They were also “wondering about the average age” of the Coastcare members working with them: ” The people we met there (who were all very kind) were easily above 50 – there should be more of the younger generation who are in charge of the planet on which they are going to live for the rest of their lives.” They both enjoyed the “coffee, tea and biscuits” and after morning tea they vigorously helped Mike who Christened them “Euphorbiologists”. 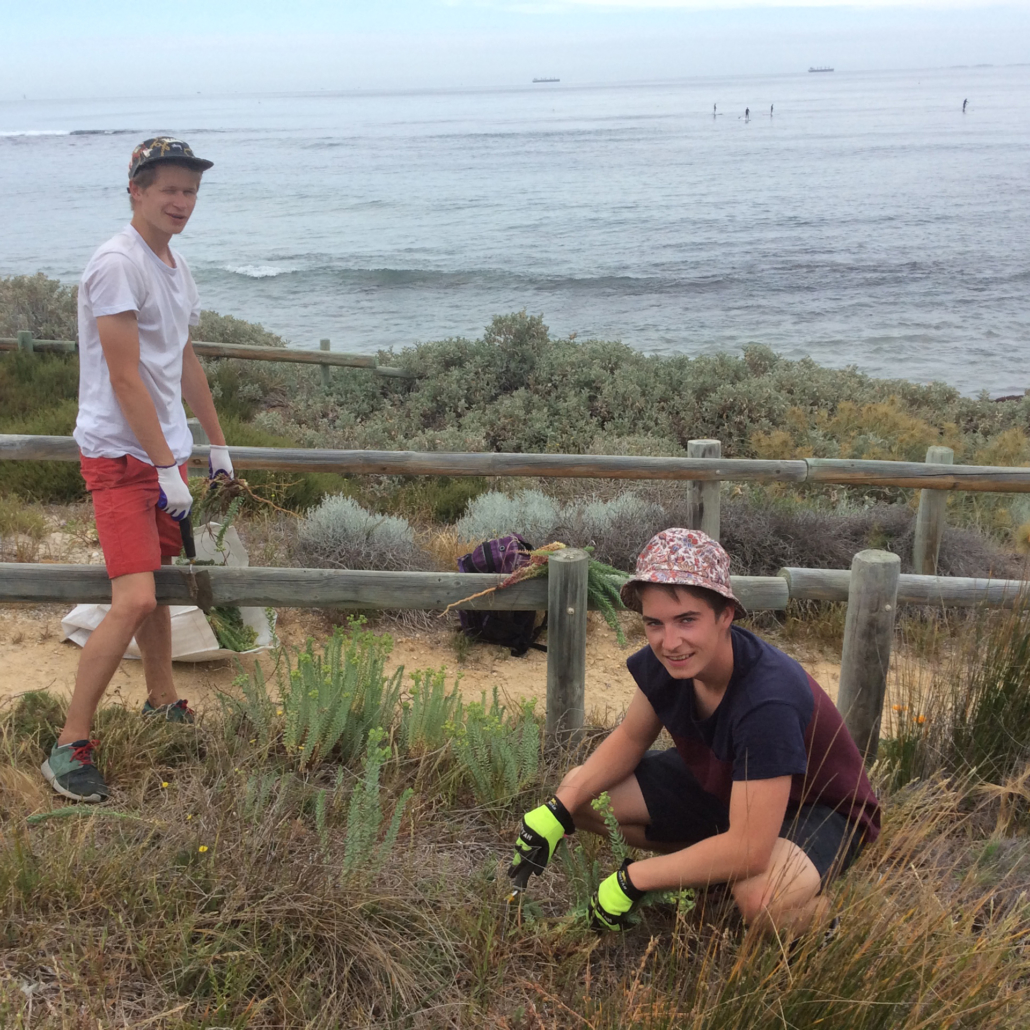 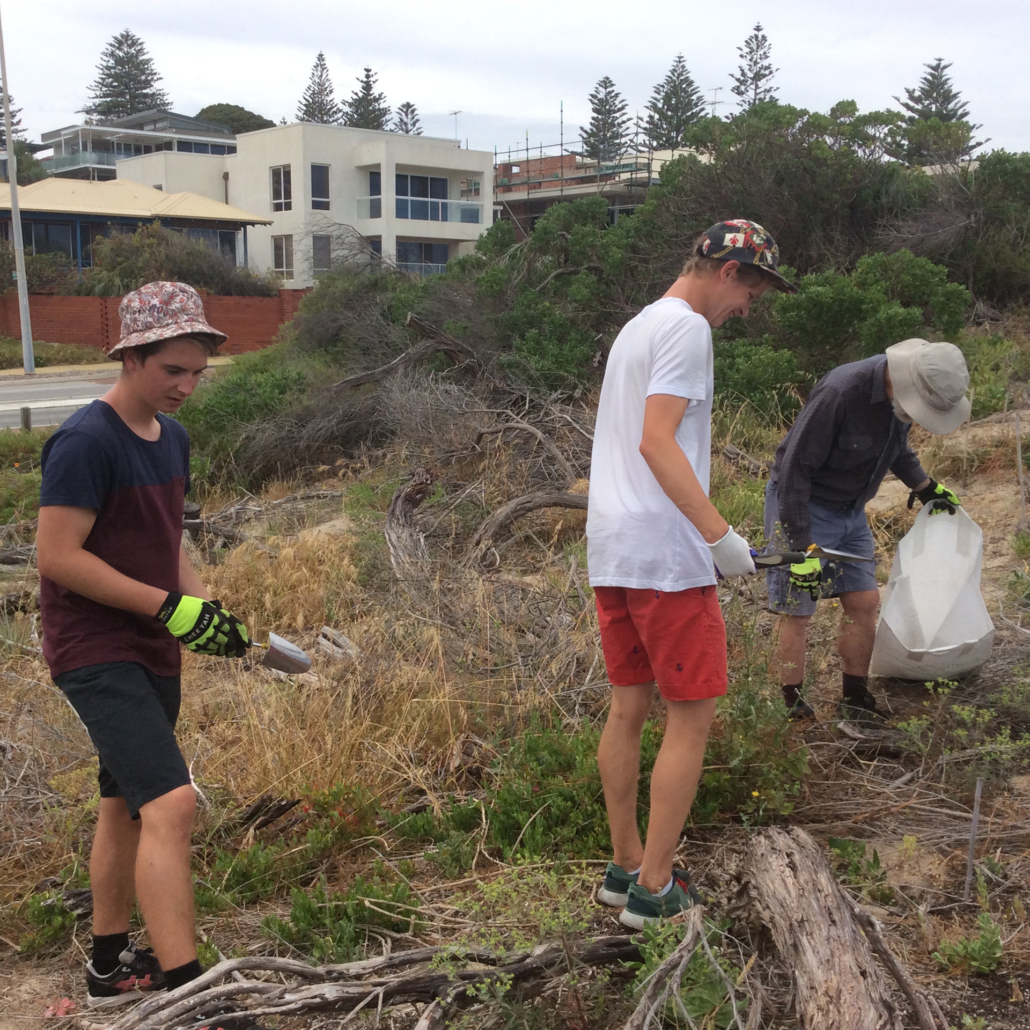