During October 2006 I did a plant survey at Cottesloe Native Garden with the naturalist Robert Powell. We found only one silky scaevola (Scaevola anchusifolia) whereas several plants had been recorded approximately 15 years earlier. The plant breeding team at the  Kings Park Botanic Garden and Parks Authority considered breeding from this plant but in the end one stock plant was grown from a cutting and given to ‘Nuts about Natives Nursery’ in Beenup. In the winter of 2008 seven silky scaevola plants, grown by the nursery were planted by CCA volunteers near the solo parent plant at Cottesloe Native Garden. Soon after this the original old plant died.

We have added a few more plants each year and now with around 45 plants growing well we hope they will seed and spread. This is the only place in Cottesloe where this beautiful plant grows. Cottesloe Coastcare volunteers are thrilled that we were able to save this local species from being lost forever from Cottesloe. 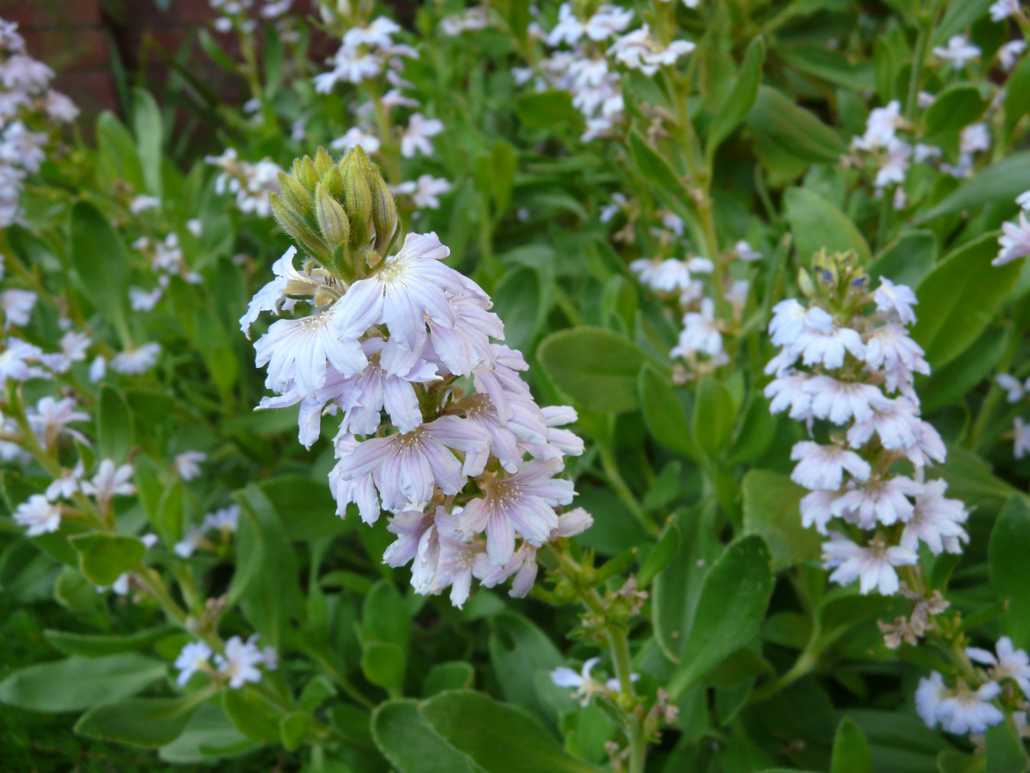 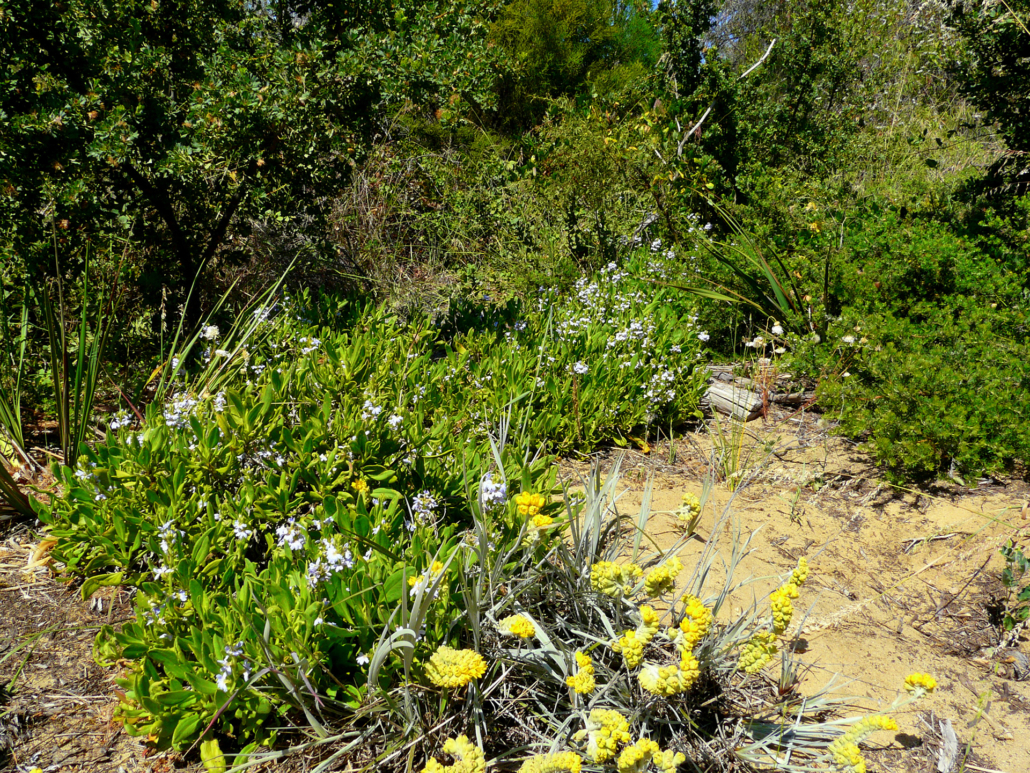