Sunday’s hot weather did not stop a small team of Coastcarers from attacking the weeds at Dutch Inn. We were glad to have some extra help from our local Bunnings store as well as UWA volunteers. Extra hands are always welcome and it was good to meet some of the team from the soon to be opened Cottesloe Bunnings store. 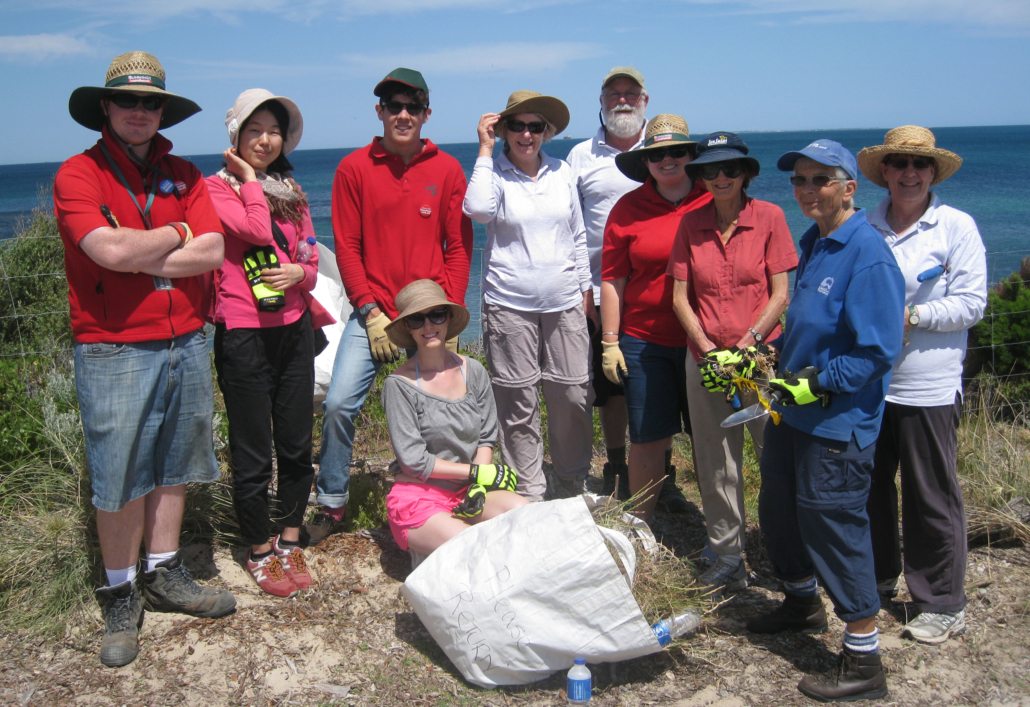 An unusually wet September – 160 mm of rain according to the Bureau of Meteorology – has been of great benefit to our new plants but also to the weeds along the coast and it did not take us long to fill more than 14 bags with weeds. Dutch Inn  was one of the sites  tackled by Coastcare in its early days in the 1990s. This latest patch was replanted in June 2012 and is growing strongly.

And if you have ever wondered about the name Dutch Inn – our wonderful local historian Ruth Marchant James explains that the name derives from a shop that used to stand on the other side of Marine Parade near Beach Street. In 1947  August (Gus) Alexander Haye and his wife Heather opened a teashop. Gus had served in the Dutch navy and hence the name.  The teashop was well know for the wooden clog hanging from the front of the store. Before this the empty shop had  been used by  some of the Cottesloe’s first surfers for storing their canvas surf skis. (Ruth Marchant James. Cottesloe A Town of Distinction. 2007. p 337).

A letter from William
Scroll to top