And the ospreys came too….

45 people and 4 ospreys joined us for our Heritage Walk at Mudurup Rocks on Saturday April 20th. Trevor Walley welcomed us to country and entertained us with some of the fascinating stories that  Aboriginal people tell about our coast and its formation. Mudurup was an important fishing ground for the local Noongar people and means place of the yellow finned whiting or Sillago schomburgkii, better known as muda to the aboriginal people, hence the name of the place. He shared the story of Vlamingh’s encounter with our local vegetation in 1697  when his crew became ill after eating the fruit of Macrozamia riedlei. Local people had learnt to soak the pods in running water to leach out the toxins.  Trevor’s stories and  knowledge added another dimension to our understanding and appreciation of Mudurup – thank you Trevor!

Mike Gregson then took a group down to the beach at The Cove to look at the geological processes that have formed the rocks we see today. Mike explained that what we see going on today is the result of gradual processes that have been going on for millions of years and still going on today – a process called uniformitarianism. In the cliff above the beach Mike pointed out the different layers of rock that represented different ways in which the limestone has been formed. 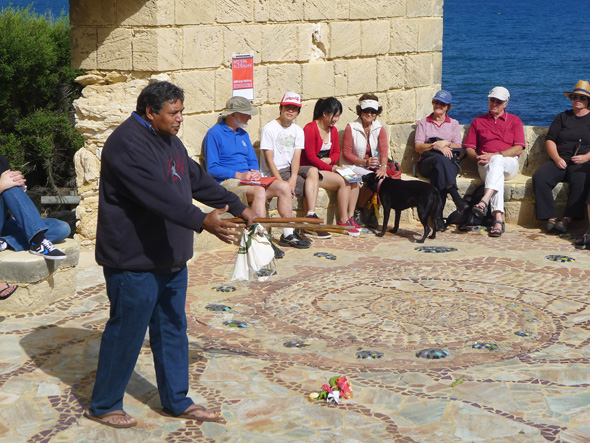 The top and most recent layer shows the cross bedding of  a fossil sand dune with random criss-crossing of fossil tree roots and larger solution pipes that formed after trees decayed. The next layer down shows the flatter bedding layers of  fossil beach sand  with embedded shells and bubble sand. Underneath that there is a thinner layer that was formed in the shallow waters on the edge of the beach and is fine grained with shells embedded. Underfoot the beach rock is older and different again showing pot holes in an old wave cut platform, fossil roots and solution pipes.

The different layers have been exposed and then covered as the sea level rose and fell during different ice ages which began 2.5 million years ago.  During ice ages water was trapped as ice at the poles and northern continents which meant that the sea level retreated. Ice melting meant sea levels rose.  A recent ice age “maximum” 20,000 years ago  meant the sea level was 120m below the present level so the coastline of WA was beyond Rottnest. As recently as  7,000 years ago it was still possible to walk to Rottnest from the WA coast. You can read Mike’s notes here. 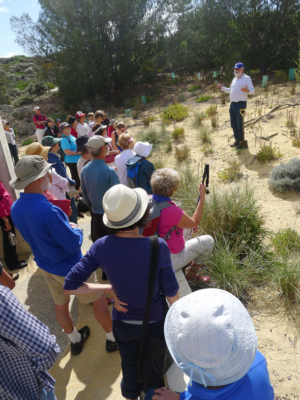 Cottesloe Coastcare’s (CCA) work at Mudurup and along the coast was the focus for Mike Ewing’s talk. He explained that we are trying to rehabilitate the landscape and reintroduce some of the original plants that would have been here before European settlement in order to provide habitat for local plants and animals. Obviously the local ospreys approved as four of them leisurely flew overhead as Mike talked. Mike also explained about the particular knowledge that CCA has developed over the years – including our “big hole” planting method and the use of seeds and cuttings from locally adapted plants to produce new stock for planting.

Sue Freeth’s talk covered the last 100 years of European settlement and the changes that have occurred on Cottesloe Beach in that time. The beach in 1913 looked completely different – it was a lively and exciting place for the thousands who would come by train for a day at the beach. Wooden buildings lined the beach front with bathing sheds, the Indiana Tea House, Lowick’s Tea Rooms, the original Cottesloe Surf Life Saving and Athletic Club rooms and the jetty. Behind was the two storey wooden Hotel Cottesloe and the Hostel Manly. By the mid 1930’s all the beachfront wooden buildings had been demolished and the 1929 Centenary Pavilion stood proud on the beach front.

We concluded with a delicious morning tea and enjoyed the company of old and new friends. The event was part of the 2013 West Australian Heritage Festival coordinated by the National Trust. 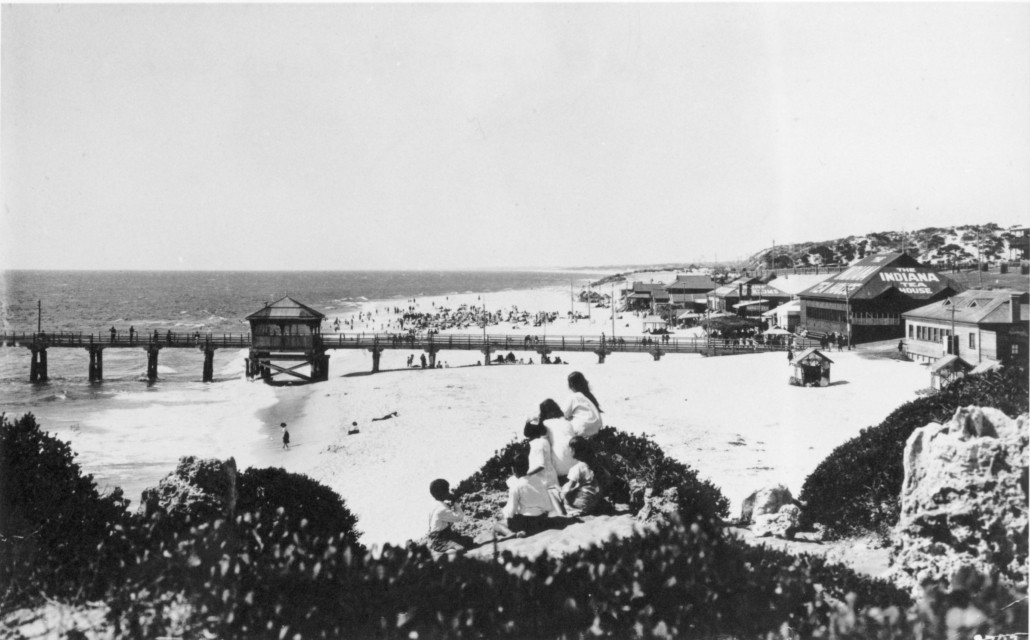 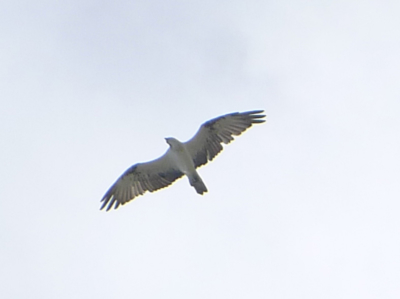 Join us on our heritage walk