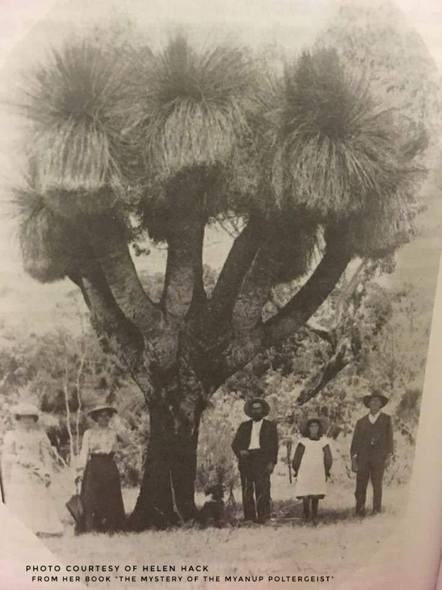 This amazing photo was taken in 1910 near Boyup Brook and published in a book by Helen Hack, The Mystery of the Mayanup Poltergeist

I came across this amazing photo from 1910, taken near Boyup Brook and published in a book by Helen Hack, The Mystery of the Mayanup Poltergeist. I sent the photo to Robert Powell a WA naturalist now living in England. Here is Robert’s reply:

Such a magnificent specimen! By comparing its height with that of the people round it, it appears to be 6-7 metres tall, and larger specimens would be hard to find. Using an average rate of growth of 1½ centimetres a year, it would be about 400 years old. It is distinctive in other respects too: it is uncommonly symmetrical; and the trunk divides at the one point into four (more than two is unusual).

Robert suggests that further divisions all happened at once. In other words, I think that there were only two specific times when branching occurred. Branching normally happens after flowering, when the terminal shoot devotes itself to this purpose, and subsequent growth occurs from one or more side-shoots, producing either branching (if more than one shoot prevails) or a wiggle in the stem (if only one does). Since the trunk and branches seem to be entirely without wiggles, it seems to me that, over the 400 or so years that this specimen has lived, it has possibly flowered only twice! Many specimens — including many in Cottesloe Native Garden, I presume — flower every few years, or even most years, without any obvious stimulus. But this Boyup Brook specimen has probably flowered in response to fire, which in its long life it has perhaps experienced only twice.

Our Cottesloe grasstrees or balgas (Xanthorrhoea preissii) can’t hold a candle to this amazing specimen but at Cottesloe Native Garden we have some wonderful old examples which may be pre-European. Several have died over the last 20 years, so in 2012 we collected seed from one grass tree spike.

Two years later we planted the small grasstrees and now they are 7 years old – photo from Cottesloe Native Garden, April 2019. 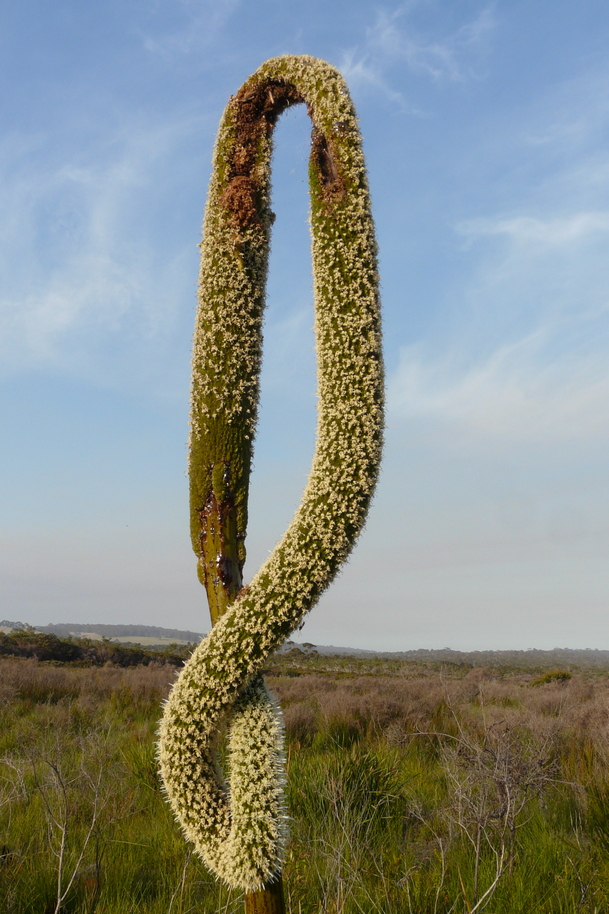 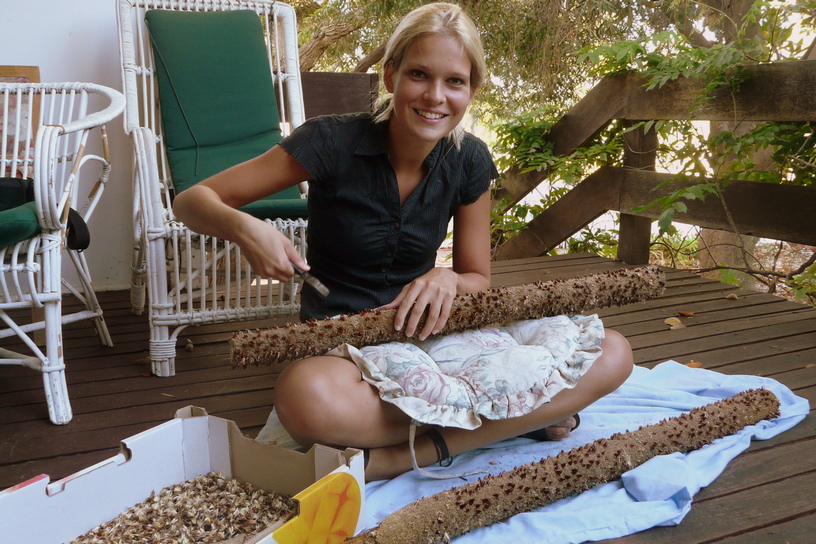 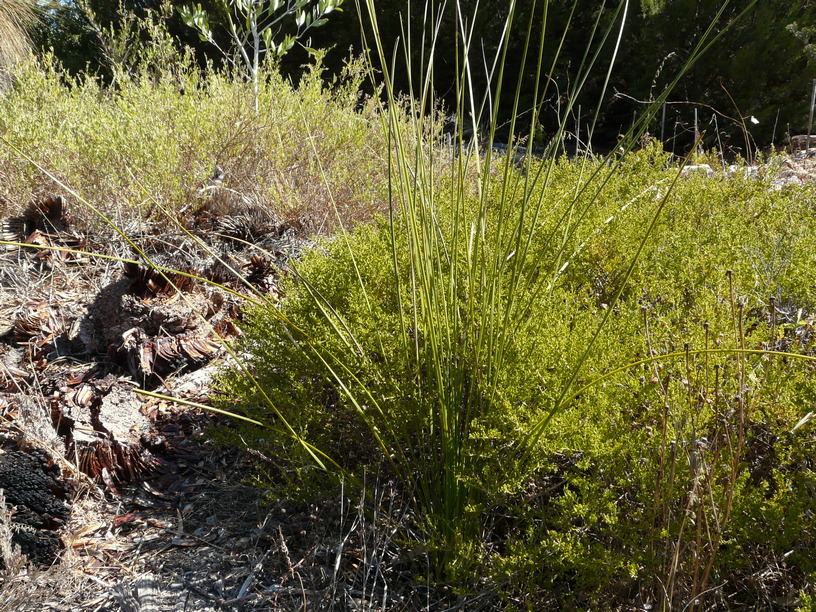