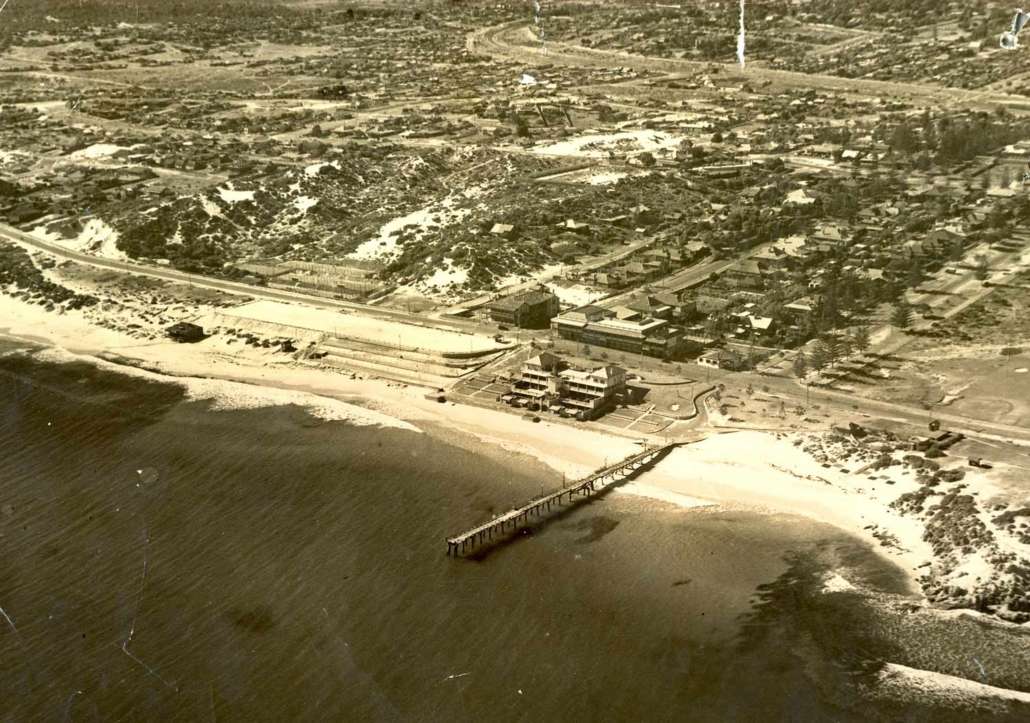 John Black would likely chuckle if he could hear the debate around the park named for him. John Black was Cottesloe’s well regarded mayor from 1932 to 1945. He and his Council were of their time and believed that beaches were for fun and entertainment, and car parking. The beach needed to be improved and this meant removing the scrubby local vegetation and replacing it with lawns and plantings.

After the success of the Centenary Pavilion, built in 1929, they began an extensive redevelopment of the Cottesloe beachfront. In 1934 John Black announced the next stage of the beach improvements. This included the repair of the dilapidated jetty, a shark proof swimming pool, a pedestrian promenade from Cottesloe Beach through to Grant Street and a fun fair at the north end of the beach.

At this stage Napier Street ended at Broome Street and did not go through to the beach. To make it easier to get to the beach it was decided in 1936 to extend Napier Street. This meant removing the enormous sandhill that covered the area that is now John Black Dune Park. The area had been declared Public Reserve 3235 in 1896 for the purpose of “public utility”. It was largely untouched except for the first Cottesloe Tennis Club. The courts opened in 1924 and lay in a depression close to Swanbourne Terrace, now Marine Parade. The original sand dune can be seen behind the Hotel Cottesloe in this 1934 aerial view of Cottesloe above.

“The levelling began at the north-east corner and slowly progressed along Broome Street. The job ahead was far from easy and, to facilitate the removal of the huge sand dunes, a small railway, possibly 14 gauge and similar to those used in the mining industry, was installed at one end of the workings. Four workers shovelled non-stop to fill the small wagon, before pushing it down the slope to be emptied at the foot of the sandhills. Further along in another section a draught horse made repeated journeys up and down the loose sand mounds, dragging behind it a large metal scoop until the balance of the levelling was completed with a more sophisticated form of machinery.”
Source: Ruth Marchant James. Cottesloe. A Town of Distinction. Town of Cottesloe, 2007. p280.

By the end the site had been completely flattened, all the local vegetation removed and in 1938 the new tennis courts opened on the corner of Marine Parade and Napier Street. The dramatic change in the site can be seen in this picture from the West Australian. 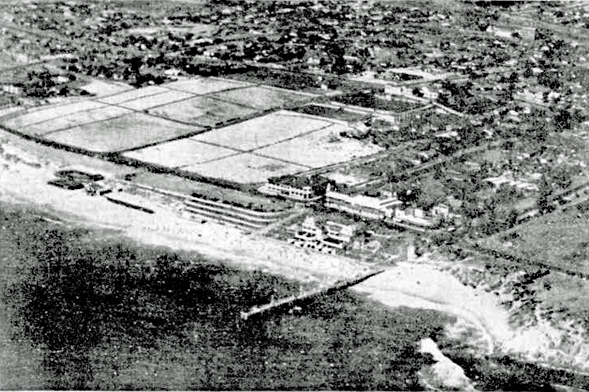 The plan was to establish bowling and croquet lawns and municipal gardens on the remaining reserve. A proposal to lease the site for a “Fun City” with a Ferris wheel, miniature railway and merry go round was well received by Council in 1937. However, the outbreak of war in 1939 put paid to any plans to enhance the reserve. John Black resigned as mayor in 1945 having steered Cottesloe successfully through two of its most difficult periods, the Depression and the Second World War.

The site lay neglected for many years and became overgrown with Victorian tea tree and other weeds. In 1963 under the new Metropolitan Region Scheme it was classified as parks and recreation. In 1989 an urban design study for Cottesloe recommended commercial and residential development on the reserve. This was strongly opposed by the Cottesloe Community Association of Ratepayers. Suggestions to develop the reserve as a parkland for passive recreation were ignored.

1999 The Cottesloe Society proposed that the reserve be named in honour of John Black and Council agreed. A plan to restore the site and open it up with paths and a lookout from South Cottesloe Coastcare went nowhere.

In 2008 John Black Dune Park was assessed as part of the Town’s Natural Areas Management Plan. The vegetation was described as highly degraded and it was classified as a Potential Natural Area.

In 2014 the Tennis Club applied to extend their tennis courts into the Reserve. Despite objections from Cottesloe Coastcare and a few neighbours, Council agreed to the extension. A plan for the landscaping and restoration of the remainder of the site was commissioned and drawn up by Emerge. Again this received little support from the Council or community.

In 2021 John Black Dune Park is again the focus of concern in the community. In 2017 Council received a petition to build a skatepark in Cottesloe. In March 2021 after two consultant’s reports, community consultations and a long, divisive debate, Council decided that the two possible locations were the Cottesloe foreshore and John Black Dune Park. Opinion is divided as to whether this at last provides a win-win situation and opens up the opportunity to finally restore the remaining area around the skatepark.

The story of this small patch of land highlights the way our values towards public open space and natural areas have changed over time. It also highlights the challenge for the Cottesloe community in finding a balance between preserving and restoring natural areas and allocating areas for recreational use, both passive and active.