Last week WA celebrated  Foundation Day commemorating the arrival of the first European settlers in WA in 1829. From an early time people, animals and the weather made their mark on the coast at Cottesloe. Robyn’s  The Goats of Grant Marine Park tells the story of one such interaction….

“The local Council had recently spent 20 pounds spreading seaweed across the 2¼ acre site followed by seeding of the area with Marram Grass (a European grass). Straying goats and sheep had, however, eaten all the vegetation. A closed picket fence was mooted but the report states that the pickets would most likely be removed by residents for fire wood!”  Click here to read the full story.

A look back at some of the old photos of  the Cottesloe coast shows that from an early time this fragile ecosystem has been under pressure – making sure that Cottesloe Coastcare will never be short of work. By 1910  the dunes at Cottesloe Beach and Mudurup Ricks were already under pressure. You can see more old photos at The Grove Library’s website here. 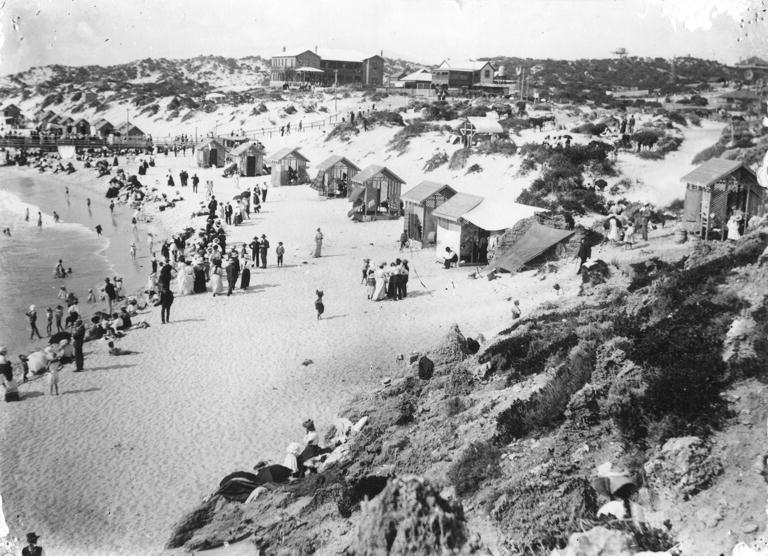