You are here: Home1 / Our Work2 / Grant Marine Park

Grant Marine Park is on the corner of Grant Street and Marine Parade.

When Cottesloe Coastcare began work here in 2003, rabbits, dogs and people wandering across the lattice work of tracks had destroyed most of the local vegetation.  Surprisingly 19 local plant species had survived.

With funding from Coastwest and Envirofund paths and a lookout were built.  Coastcare volunteers then began the laborious task of removing the masses of weeds on the site and planting with local plants with help from the Town of Cottesloe.

The site has transformed over time and the eastern protected side is a dense and healthy environment for birds, insects and lizards. Coastcare  continues to work on the site removing weeds and infill planting on the western side. Many groups have worked with us over time here including Conservation Volunteers Australia sponsored by Woodside, Price Waterhouse Coopers, HBF and DHL. We’ve had enthusiastic help from school groups as well, including Scotch College and John XXIII.

Grant Marine Park was once the grazing ground for goats and sheep. In time the site became completely denuded of all vegetation and the blowing sand covered the neighbour’s six foot high picket fences. You can read more here in Robyn’s story about The Goats of Grant Marine Park. While some vegetation established over time it was largely weeds and garden escapees. 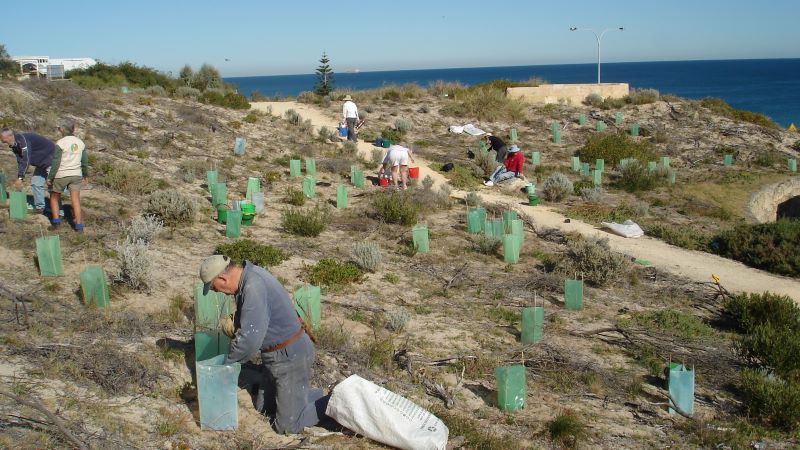 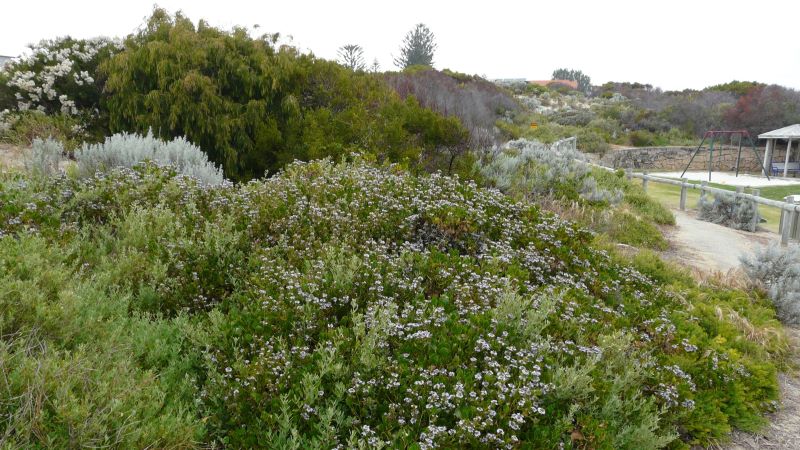 2018 12 years later the same area is a flourishing habitat. 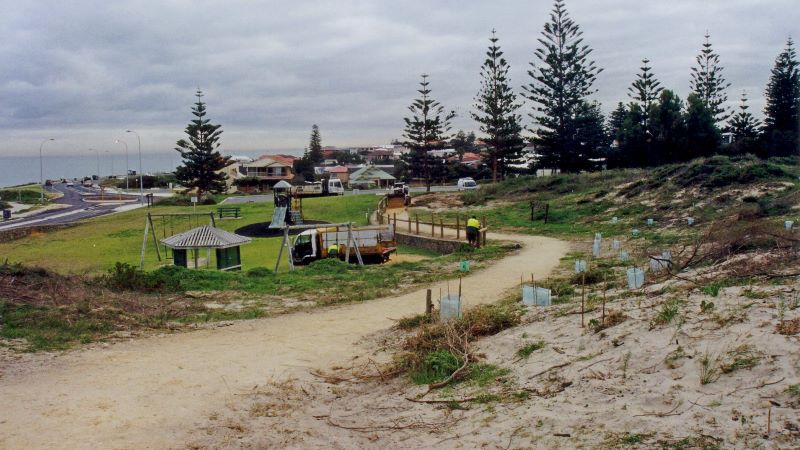 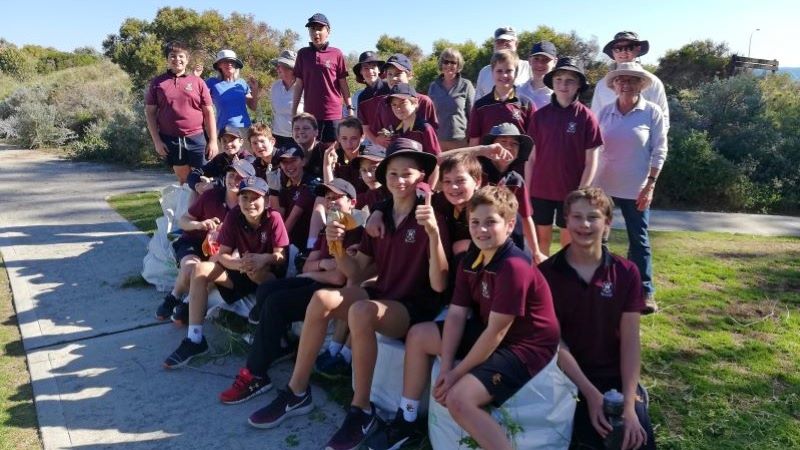 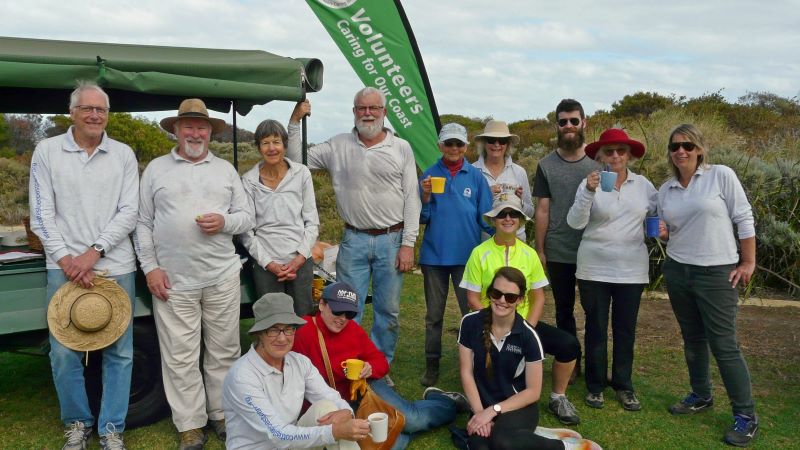 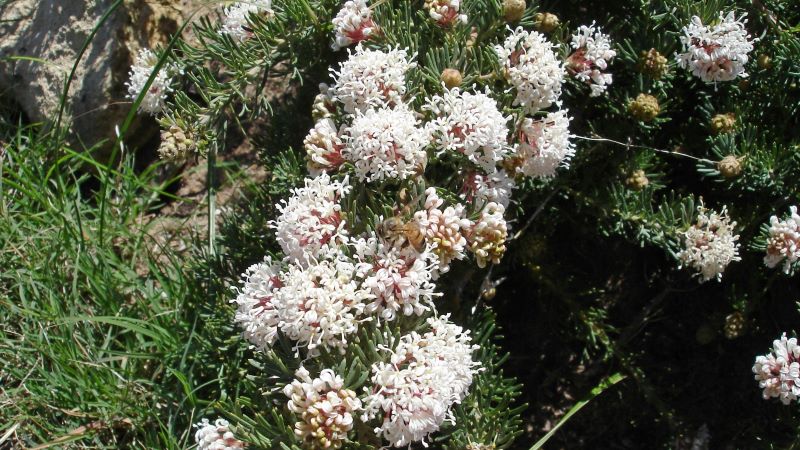 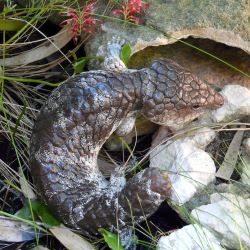 Bobtails (Tiliqua rugosa)  are becoming more common on the Cottesloe foreshore as more food plants and habitat is provided. Bobtails are found all over Australia and are the most common member of the large skink family.  They eat just about anything and we have seen them eating Snakebush flowers, slaters and Saltbush berries. After a long winter sleep they are active on the dunes in spring. This is the season they search for a new mate or reconnect with an old one. 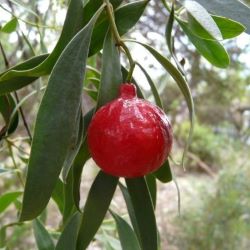 In 2009 the only remaining patch of Sweet Quandongs (Santalum acuminatum) left in Cottesloe was near the WA Foundation for Deaf Children. These beautiful small trees were probably much more common many years ago. Semi-parasitic they send out horizontal roots with suckers. In 2009 Robyn and Jan dug up ten suckers with a little root attached and potted them up. In the winter they planted them at Grant Marine Park, beside Dune Moses (Acacia lasiocarpa) to provide a possible host plant. To everyone’s delight these plants are now thriving and suckering.