Cottesloe Coastcare volunteers have been hard at work for 21 years to improve Cottesloe’s degraded ‘natural areas’. We are proud of our successes. However, we are a small group so we receive a great boost when corporate teams give us a hand.

Such a lovely day happened on 27th September during Stantec’s Community Week. We were lucky enough to have a team of willing weeders (Environmental Scientists in their day jobs) to assist us at one of our Coastcare sites – Cottesloe Native Garden, a precious piece of limestone ridge vegetation, unique in Cottesloe. 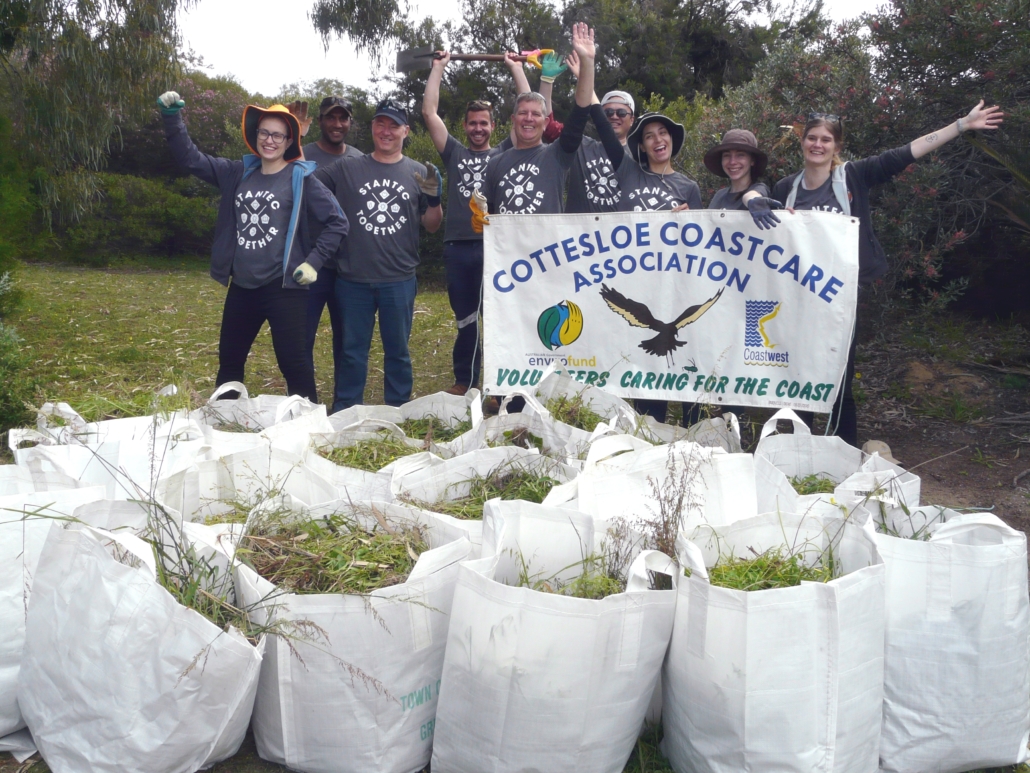 Cottesloe Native Garden on the east side of Seaview golf course had a  75% cover of Victorian Teatree (Leptospermum laevigatum) when we began our work. In 1983 the naturalist Robert Powell identified 37 local plant species at the site and when Cottesloe Coastcare started work in 2006 there were 30 of those species remaining, despite the massive woody weed problem. Guided by Cottesloe’s ‘ Natural Areas Management Plan’ we got to work. Almost all of the weedy teatree has been removed and mulched. We planted the area with plants grown from seed and cutting material from the site. We are delighted to see the area recovering and a big increase in bird life. It would be great, however, if could stop people dumping their garden waste at the site!!

During the Stantec weeding session Sue Freeth’s keen eye discovered  two spikes of pink fairy orchids (Caladenia latifolia). We had never before, at any of our project sites over 20 years in Cottesloe seen naturally occurring pink fairy orchids, so it was a HUGE thrill! We thought that the seed and it’s symbiotic  mycrorrhiza might have persisted under the dense cover of Victorian tea tree and now this woody weed has been removed the orchids have grown. Professor Kingsley Dixon told us that the very fine seed probably blew in and found the perfect spot to grow – and spread in the future….we hope.  Watch this space! 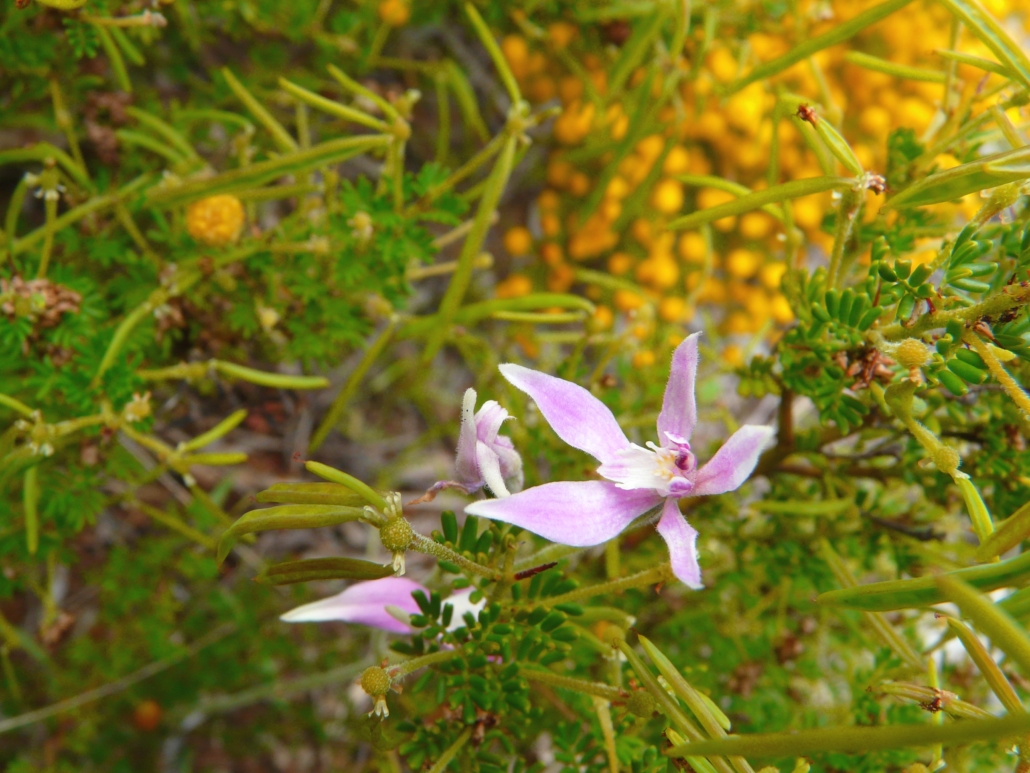