Between 2009 – 2011 I led CCA’s campaign to have the weedy seadragon (Phyllopteryx taeniolatus) protected in Western Australia. During this time I often corresponded with Dr Nerida Wilson, at the Scripps Institution of Oceanography (SIO) in California.

Now Nerida, a Senior Research Scientist, is working at the Western Australian Museum. Nerida and the SIO team have discovered a new species of seadragon. Now we have three species – Leafy seadragons (Phycodurus eques), Weedy seadragons (Phyllopteryx taeniolatus) plus the new Ruby seadragon (Phyllopteryx dewysea). Seadragons are unique to our part of the world and have only ever been recorded off the southern Australian coast.

The story of Ruby’s discovery is a fascinating one – it is 100 years in the making! The first recorded seadragon specimen was washed up on Cottesloe beach in 1919. Using old fashioned research plus modern DNA sampling the Ruby seadragon was proven to be a new species. This find yet again demonstrates the value of museum collections to on-going scientific research. Cottesloe Coastcare volunteers know how important to our work are vouchered plant specimens at the WA Herbarium but we don’t often think about collections of animal specimens perhaps.

Scientists were working at the Recherche Archipelago in 2007 when they collected what turned out to be a new species of seadragon. The specimen is a 24cm male, carrying eggs (as male seahorses do) which was a bright red colour when fresh.  The Ruby seadragon is believed to live in deeper waters than its other relatives, which were both identified 150 years ago. There are anatomical differences when compared to the other species of seadragons as well as Ruby’s unusual red colour – which helps camouflage this beautiful fish at the lower depths where it lives.

You can read the full scientific article here 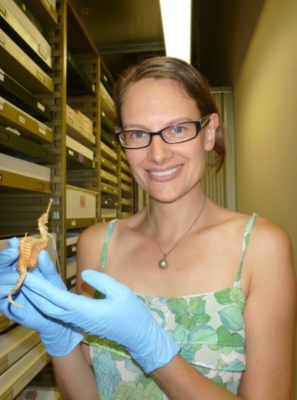 Nerida is a CCA member and we are delighted that she will address our AGM on Thursday 14th May at 6.30pm at the Grove Library. Everyone is welcome!

Sculpture by the Sea
Scroll to top