Green Army takes on the dunes

Our Green Army team spent another week with us in July and gave us a finishing boost with their enthusiasm and hard work. At Dutch Inn  five year old Thomas Cooper and his mother Karin joined in to help with the weeding. Thomas quickly learned how to distinguish weeds from plants and helped the team weed last year’s plantings.

The team finished their Cottesloe deployment with a fence building exercise under the guidance of Perth NRM’s Craig Wilson. Our new plantings on the central Cottesloe foreshore needed to be protected from wayward dogs and people so Craig and the team built a protective fence with “horse-sighter” wire. After a day’s work Coastcare had a smart new fence and the Green Army team an understanding of how to build robust structures in the harsh coastal environment.

More news on the 2016 planting season and the Green Army in Robyn’s last post here. 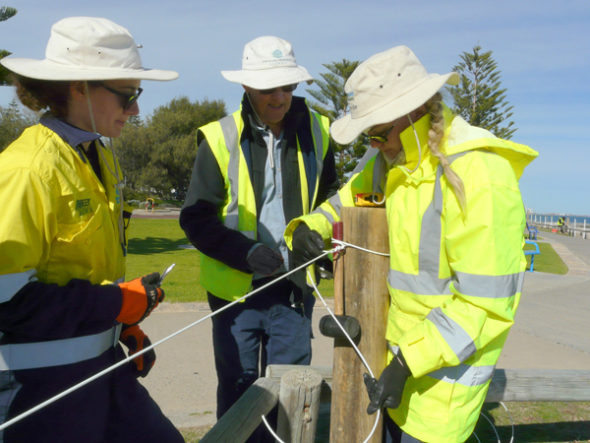 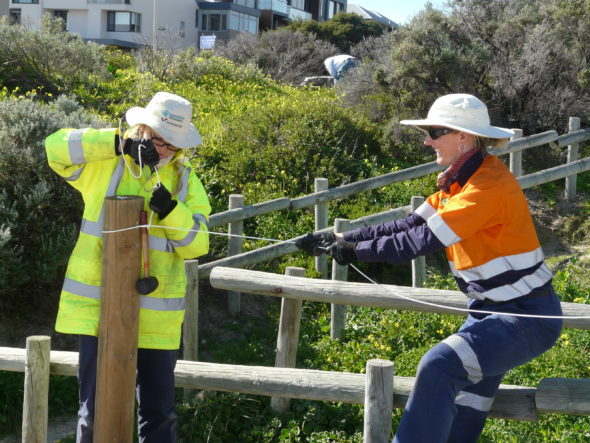 The last plant…. and lamingtons!