Cottesloe’s Citizen of the Year 2013 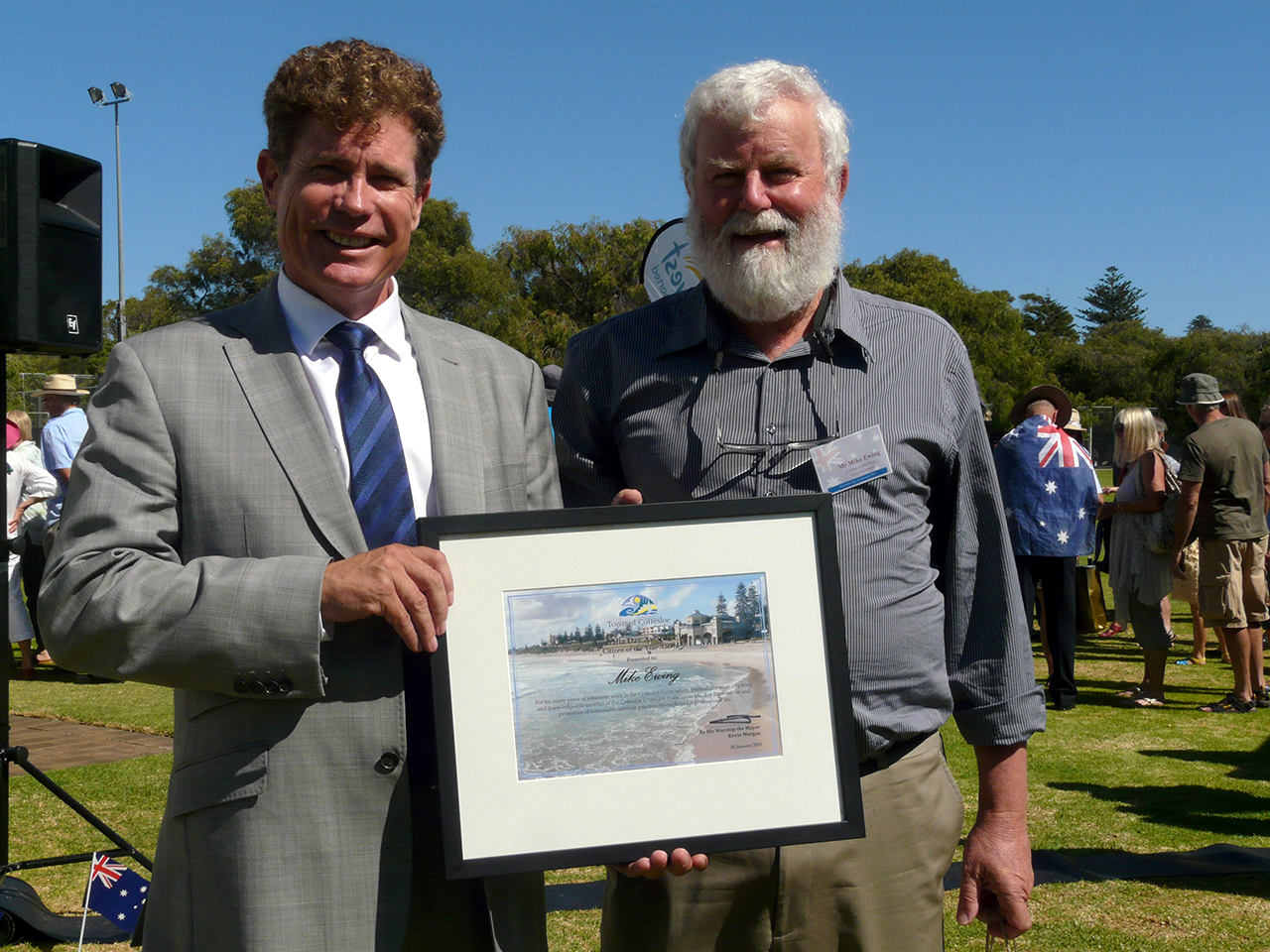 Cottesloe Coastcare volunteers were delighted that our Chairman Mike Ewing was awarded the  honour of  Cottesloe Citizen of the Year at the Australia Day citizenship and annual awards ceremony on January 26th 2013. This year was the turn of Peppermint Grove to host the morning ceremony on the lawns by the Swan River. Residents from Cottesloe, Mosman Park and Peppermint Grove became Australian citizens and honours were given to individuals and groups in the three local government areas. There was music, fun activities for young children and a breakfast barbeque provided by Mosman Park Rotary Club.

This is part of Mayor Kevin Morgan’s address as he presented the award to Mike: ‘Mike has consistently and humbly volunteered his services to our community in the capacity of the Cottesloe Coastcare Chairperson for over ten years. Under Mike’s Chairmanship, Coastcare has expanded to cover the marine environment as well as the terrestrial. Coastcare has been a dynamic, active and effective group under Mike’s leadership. Mike feels strongly that the work of Cottesloe Coastcare is worthwhile and enjoys friendships with the hardworking and creative members. He frequently comments how fantastic it is working alongside the other talented people in Cottesloe Coastcare, who each enthusiastically and efficiently carry out the range of roles that together make Cottesloe Coastcare such a tremendous organisation. Mike is a fantastic role model within the organisation, going out of his way to ensure new members and volunteers are welcomed and are made to feel comfortable and confident with any Coastcare activities undertaken. He is both extremely knowledgeable about the natural environment and thorough in his approach to environmental restoration, ensuring all aspects of a project are approached with the intention of achieving exceptional outcomes. Mike also takes a very active role in the education of any students involved with Coastcare, making it a priority to leave students with not only a sense of positive on-ground achievement, but longer lasting knowledge and appreciation of our coastal environment.  Mike was awarded volunteer of the year in 2011 for his contributions.

Mike is also interested in sustainable farming practices and is widely respected in his field nationally and internationally. Mike retired in July 2010 from being the Research Director of Future Farm Industries after 44 years in the field. He has lived and worked overseas and worked part time for the Department of Agriculture where he had an active involvement in projects in WA and in several countries in the Mediterranean area including Libya and Morocco. Mike is currently semi retired, but was recently appointed as a member of the Australian Government Grains Research and Development Corporation.

Outside work he has always enjoyed working with plants that suit their local environment, He established a native verge garden many years ago and promotes the growing of local plants in home gardens, not only for their beauty but for the native birds they attract back to the area. 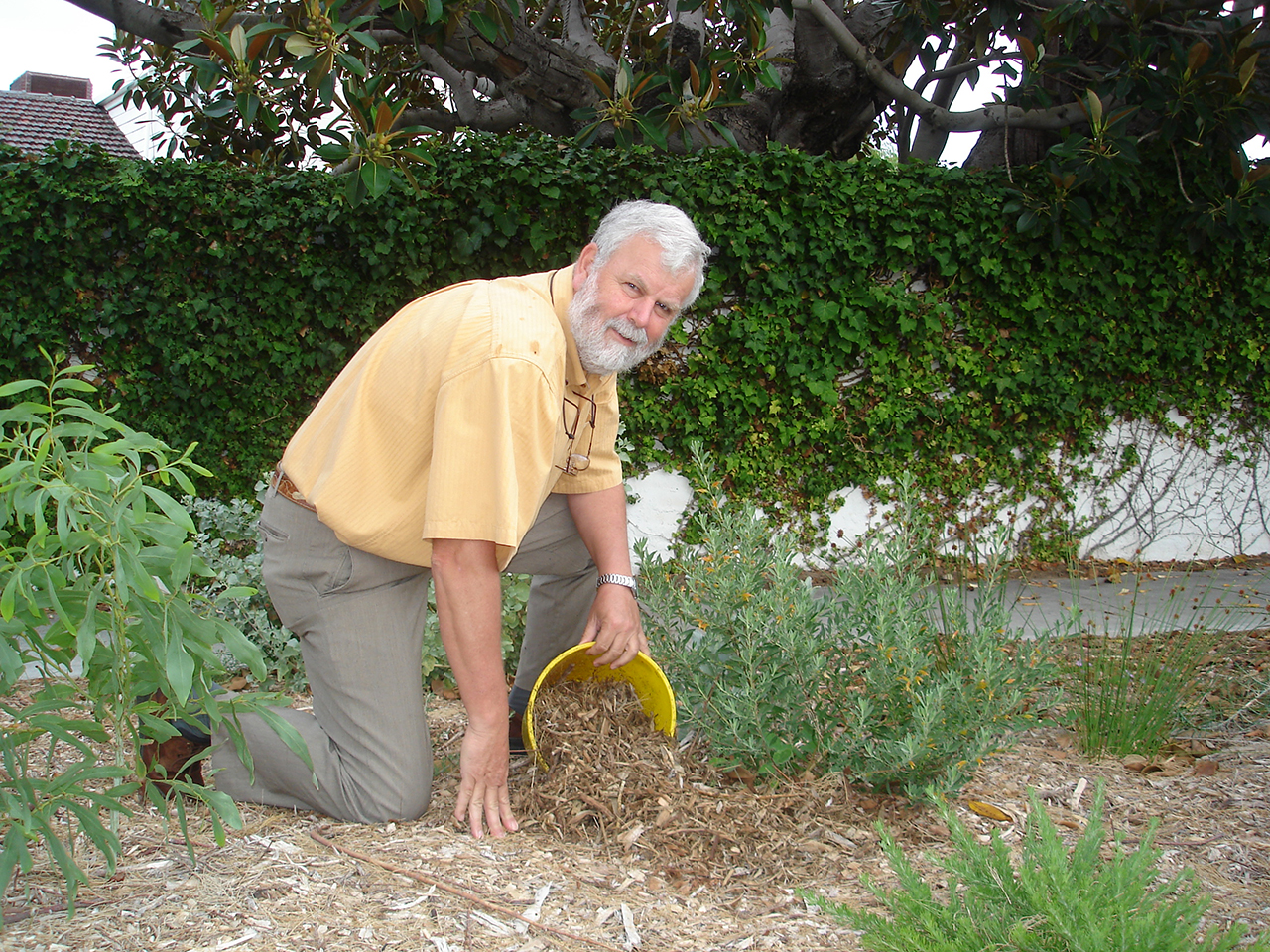 Join us on our heritage walk
Scroll to top